2020 Update: Can’t Win 4 Losing ended after one season. It disappeared from the podcast world for a couple of years when the network that published it, VSporto, vanished rather than paying its hosting bills, not to mention the money it owed and still owes me. In May 2020 I republished the 12 main episodes, minus the host-read ads and any parts that were no longer relevant, like pitches to contribute to my Patreon. I hope you enjoy them.

The update on me is that in January 2018 I hired on at the San Francisco Chronicle, where I’m now a Senior Audio Producer, running the podcast operation, which includes producing the flagship news podcast Fifth & Mission. Starting in February 2019 I produced and hosted the daily history podcast Not Your Century, which went on hiatus in March 2020 because of the coronavirus pandemic. There are 250 episodes if you want to binge!

Here’s the original About page:

Can’t Win 4 Losing is a podcast about losing*. King Kaufman brings you narrative stories about losing in sports, in all its forms — including as a prelude to better things. As Tolstoy may have almost written: Every champion is the same. Every loser is a loser in their own way. Can’t Win 4 Losing tells their, which is to say our, stories. 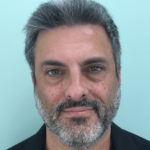 King Kaufman is a longtime writer, editor and broadcaster. From 2014-17 he was the host of the interview show “Content Is King” — which he liked to call “Terry Gross for sports” —  on SiriusXM Radio’s Bleacher Report channel. He also worked in many roles for Bleacher Report in 2011-17. Before that, Kaufman spent 14 years at Salon.com, most of them writing the column “King Kaufman’s Sports Daily.” He covered boxing and other sports and wrote lifestyle features for the San Francisco Examiner from 1989-96. His writing has been anthologized in many books, including a rhetoric textbook, just in case you’re thinking of getting into an argument with him. Email him at king at kingkaufman.com.