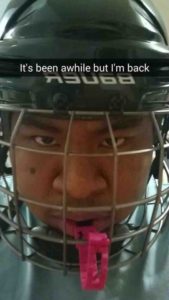 Hockey in Minnesota is like football in Texas. It’s the sport, which is why Minnesota is known as The State of Hockey. Diego Luke was a promising youth hockey player in St. Paul when he was diagnosed with Stage 3 kidney disease. He would need dialysis and, eventually, a transplant.

He fought through some dark days — literally fought on one occasion, with a nurse Luke’s mild-mannered mom describes as “a bitch.” The cops came. The situation was sorted out, and finally, so was Luke’s health. But not for long. Next came a diagnosis of non-Hodgkin’s lymphoma, and more life-and-death struggle that would keep Luke away from the ice.

In this episode, Diego Luke tells his own story. He’s a college freshman now, playing club hockey and wondering what might have been if he’d been healthy, but also appreciating the chance to play the game he loves. “Every game I’m playing,” he says, “I’m winning.”

Luke chronicled his teenage health story on the Tumblr blog Diego Gets a Kidney.

If My Heart Was an Elbow, I’d Need Tommy John 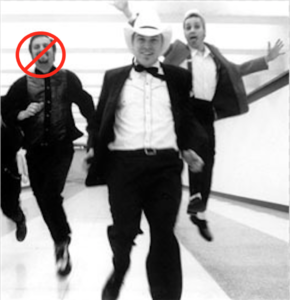 When Yahoo’s Jeff Passan was going to be a guest on my SiriusXM Radio show “Content Is King” to promote his book The Arm: Inside the Billion-Dollar Mystery of the Most Valuable Commodity in Sports, I joked on Twitter

that I was working on a country song called “If My Heart Was an Elbow, I’d Need Tommy John.”

I eventually decided to make up the song for real. Then I asked my old bandmates in The Smokejumpers if they’d record it, and they agreed. When I asked them what name they wanted to use for the recording, they said “The Smokejumpers,” which is how I found out I’d been kicked out of the band. They didn’t have time to take a new band photo so they just re-worked an old one.

That’s drummer Big Stick Mick (Michael Minnick) in front, and guitar player Tom “Double D” Thumb (Tom Proulx) jumping. Tom does the singing and, I think, plays all other instruments on the recording. Noah “Butta” Fingers, one of several Smokejumpers bass players, was cropped out of this photo taken in the Powell Street Bart Station in San Francisco around 1997.